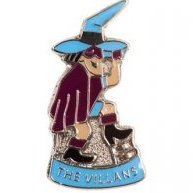 Have you ever stolen a book?