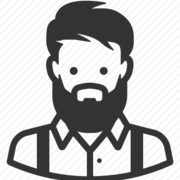 Crime and Punishment by Fyodor Dostoyevsky